The most named footballers in music history

Music has been around for a very long time, the composer Thaletus was already active in the ninth century BC. Incidentally, the music world only really started flourishing around 800 BC in Greece. Nowadays new songs appear daily and all music is at your fingertips on different streaming services. There are dozens of music genres, such as pop, classical and hip-hop. The songwriters are becoming more and more creative and sometimes even bring in a well-known name. These famous football players also often appear in the lyrics.

Lionel Messi’s extends well beyond the football field. In an analysis of lyrics throughout music history, the Argentinian attacker tops the list. In fact, Messi accumulated about twice as many mentions (3,428) than his forever rival, Cristiano Ronaldo (1,664). Fellow Argentinian Diego Maradona completed the top-3.

Maradona is far from the only classic football player, with honorable mentions for Zinedine Zidane, Ronaldinho, David Beckham, and George Best. Other players still have plenty of career left to accumulate even more mentions in music history: Neymar, Mbappé, Pogba, and Lukaku can further climb this list.

Some footballers get more than just a mention. George Best inspired the entire song Belfast Boy, although his full name never appears in the song’s lyrics. Diego Maradona, never afraid to cheat his way up a chart, used his divine hand to get a few more mentions by participating in the song ‘La Vida Tombola’, a song where he speaks a few lines.

Ruud Gullit found himself tributed in quite a number of songs, but managed to get some hits, too. In 1984, he entered the Dutch top 10 as a relative rookie playing for Feyenoord, but his AC Milan status gave him even a top-3 music chart finish with the song South Africa.

Another example is Johan Cruijff, who tried to turn his popularity into a musical success. The song sold more copies in Spain than in the Netherlands, which shows it’s probably better not to understand the lyrics.

Modern players in this list are following the example from these Dutch icons. Paul Pogba and Romelu Lukaku have published their own tracks, while Karim Benzema features in a rap video by his friend Booba. As he’s learned from Maradona, it’s a great way to get higher in this chart.

OnlineCasinoGround.nl compiled a list of the best football players of all time, including the most successful, most notable and trending football players. The names of these football players have been entered on the website https://songsear.ch/ to see how often they appear in song lyrics.

If you say sports betting and iGaming, you say Maarten. As a true football fan – AZ Alkmaar is his club – he has immersed himself in everything related to online sports betting and iGaming over the past 12 years. Maarten knows all bookmakers by name and plays the latest casino games every week. He is not only interested in playing games: he also enjoys writing about them. For over six years, Maarten has been writing several daily news articles and reviews about iGaming-related topics for Onlinecasinoground.nl. 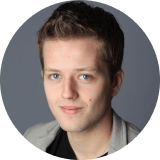